While that may be disheartening for users and administrators who are looking for a definite answer, hints and information provided by Microsoft may help pinpoint the release date.

Microsoft calls Windows 10 21H1 the May 2021 Update. If you are new to the Windows world, you may take the May 2021 part as confirmation that the new version will be released in May 2021. While the use of a month is usually a good indicator that the operating system version will be released around that time, the name of the month has not always been the month in which the feature update got released. 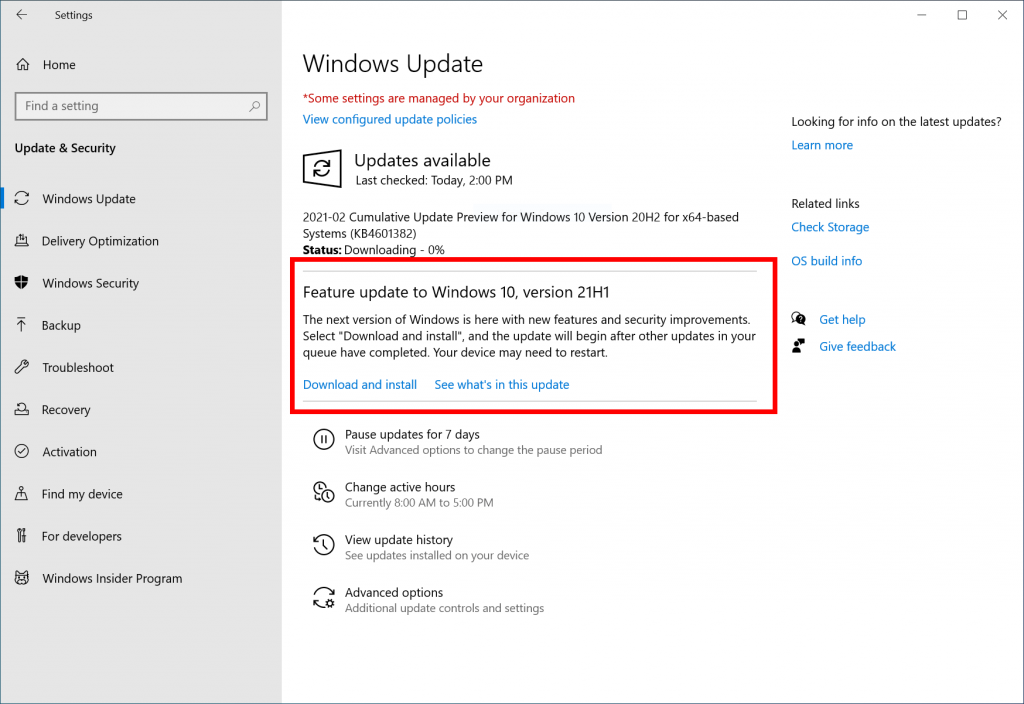 The update in question has the ID KB5000736. It is an enablement package, which means that it will enable the features of the feature update on the system.

The update will be pushed out to devices over time. Microsoft uses the method to pick up potential issues early on and address them while the update is still in the rollout process. Critical issues may stop the distribution of the update until they get fixed.