Avast CEO Ondrej Vlcek announced today on the official Avast blog that the company will shut down Jumpshot, a subsidiary which sold data provided by Avast products to third-party companies.

Avast, best known for its antivirus solutions for various operating systems, expanded significantly in recent years. The company acquired its competitor AVG in 2016 and Piriform, maker of CCleaner in 2017. It also owns HideMyAss, a popular VPN and browser proxy provider.

Wladimir Palant, creator of the popular content blocking solution AdBlock Plus, published an analysis of Avast’s extensions for browsers in late 2019 on his personal blog. He concluded that Avast was collecting more data than it could possibly need to provide security to its users. Mozilla and Google pulled Avast extensions from their stores temporarily at that time but reinstated them soon therafter after Avast made changes to them.

A joint investigation by Vice and PC Magazine revealed additional details about Jumpshot’s business practices. The report confirmed that Jumpshot sold data collected by Avast products to third-party companies after processing it. 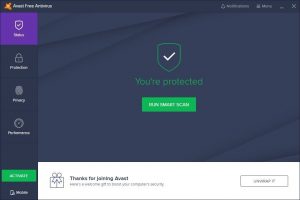 Avast CEO Ondrej Vlcek apologized today stating that “Jumpshot has hurt the feelings of many” and that the whole incident “raised a number of questions” including the “fundamental question of trust”.

He goes on to say that Avast’s top priority is to protect people and that “anything to the contrary is unacceptable”.

Avast started Jumpshot in 2015 to extend its “data analytics capabilities beyond core security”. It believed that it could do this “more securely” than other companies that collected data. Jumpshot operated as an independent company according to Vlcek but always within legal bounds.

Avast’s new CEO, who took over seven months ago according to the blog post, started to evaluate every bit of the company’s business when he took over. He concluded (when is not clear) that the data collecting business was not in line with Avast’s “privacy priorities”.

The decision was made to shut down Jumpshot.

I firmly believe it will help Avast focus on and unlock its full potential to deliver on its promise of security and privacy. And I especially thank our users, whose recent feedback accelerated our decision to take quick action.