by Leon Jordaan at http://computerscairns.com.au and http://allcomputersupport.com.au on March 2, 2021.
So we all just installed update 20H2 which took ages, and here comes another update.

Microsoft announced the next feature update for its Windows 10 operating system, version 21H1, today officially on the Windows Experience blog. 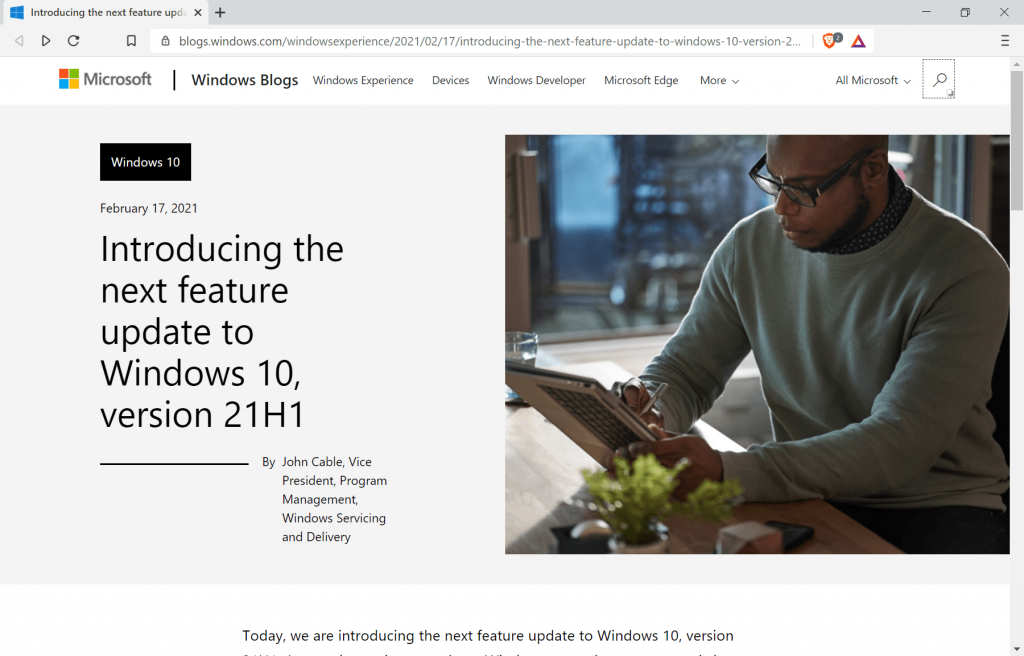 The update “will be delivered in an optimized way using servicing technology”. Essentially, what that means is that the update will install like any other cumulative update released for Windows 10, and not like a major update release that require more time and processing.

Windows 10 devices running the last two feature update versions, 2004 and 20H2, will benefit from this the most. Earlier versions of Windows 10 on the other hand still require an extended updating process because of the changes implemented in Windows 10 version 2004 and beyond.

Microsoft pushed the update to the Beta channel of the Windows Insiders program today for further testing, but only for seekers, i.e. administrators that click on the check for updates button under Settings > Update & Security > Windows Update.

As far as changes are concerned, Windows 10 version 21H1 will be a smaller update. It appears that Microsoft is indeed switching the two feature update releases of the year by moving the smaller one to the first half of the year and the larger update to the second half.

Cable highlights a few areas with improvements and notes that the release is optimize to support the “most pressing needs” of Microsoft’s customers.